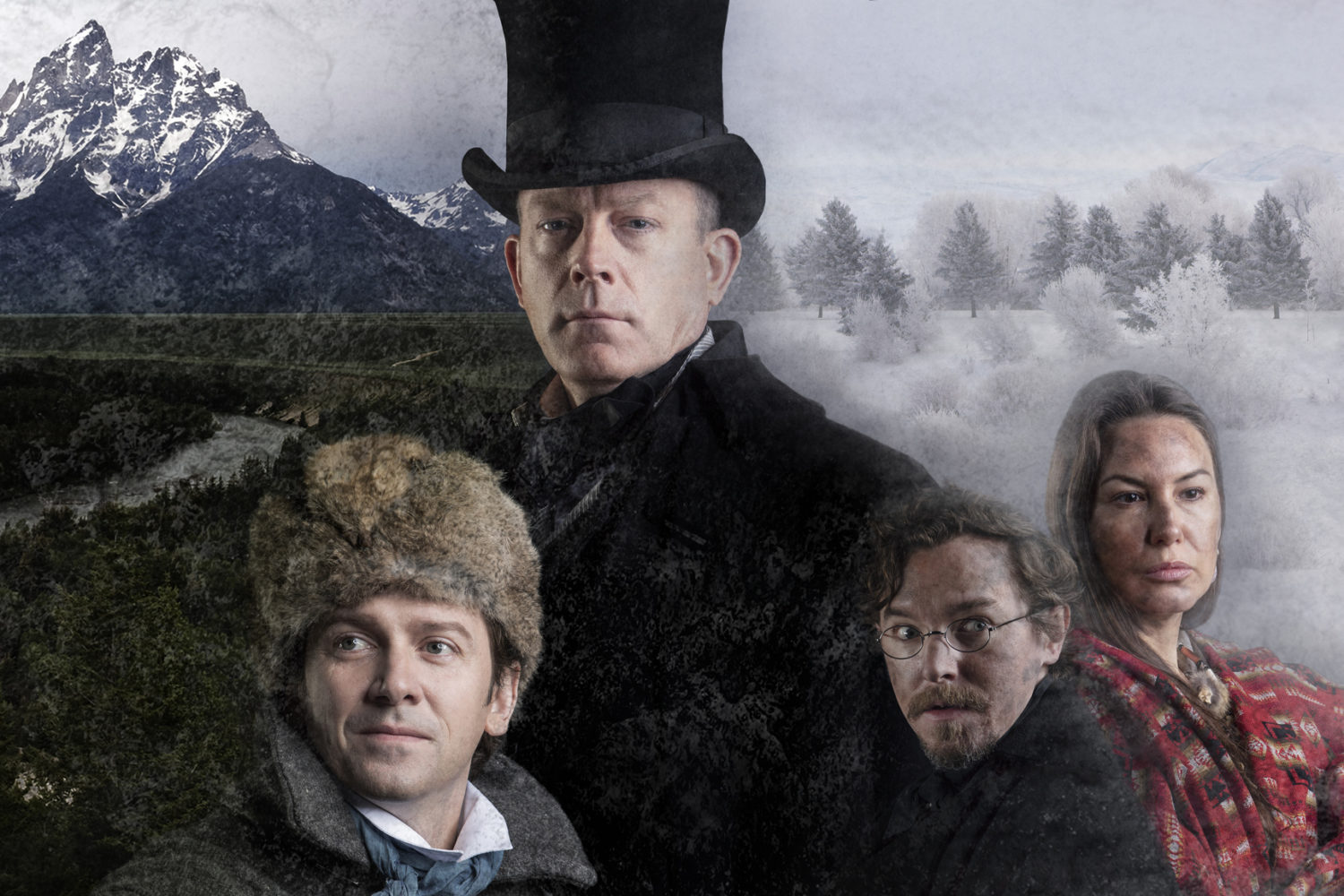 “Astoria” tells of Herculean effort: the dual expedition to the Pacific coast in 1808 shortly after Lewis and Clark made their journey. When Artistic Director Chris Coleman first came across the book unveiling this history, he asked, “How have I never heard of this?” And in typical Chris Coleman-genius-fashion, he found a way to adapt it for Portland Center Stage.

It’s a sweeping tale. One expedition sets sail, seeking the Northwest Passage via South America, while the second expedition pushes across land by foot, horse, and canoe. The adventures are harrowing, and the miscalculations and misery and deaths along the way are ominous. The man behind this two-journey scheme is John Jacob Astor, an entrepreneur determined to cash in on the Northwest’s number one resource: fur. He’s in such a hurry to get on with things, he makes less than optimal choices of leadership, while ensconced in his stuffed armchair back east.

I imagine Astor to say: But what can you do? Brilliant, courageous, survivalist, self-sacrificing, resourceful, ambitious, determined, daring, death-defying, hardscrabble, relentless, mountaineering-and-seaworthy leaders are hard to come by these days.

Near-misses, hard choices, selfishness and self-sacrifice all come into play. It’s a harrowing saga which recounts many near-deaths: being scalped, or gulping down moccasins to avoid starvation, or swallowing seawater in a storm-tossed rowboat.

Why would anyone sign up to go through that? I kept asking, witnessing the perils of each crew. How can greed be such a compelling force? But it wasn’t greed for everyone. It was survival. The hirelings who made up these crews were dirt-poor immigrants or persecuted natives or out-of-work sailors. So they made up their minds about what they had to do.

To not risk, meant dying.

As the play closed, I stood with the rest of the packed audience in a resounding ovation. I felt relieved that I didn’t have to fight fatigue, starvation, disease, hypothermia, attack by natives, treachery. How comfortable my life is.

I have nothing compelling me to take my life in hand and journey across an unknown world under brutal conditions.

Being a creator, my mind quickly goes to the landscape of my writing. I’m okay, so I don’t write as if my life depends on it. If I don’t get my stories or thoughts out: so what?

Creative discoveries may be awaiting as if on a jagged peak or along a swollen river, or in a meager encampment. These are things that deep down I believe I was meant to experience, but may not, without conviction.

Could I willingly sign myself up for emotional peril: pain or embarrassment or the mental anguish of writing my story?

“Find out the reason that commands you to write; see whether it has spread its roots into the very depths of your heart; confess to yourself whether you would have to die if you were forbidden to write. This most of all: ask yourself in the most silent hour of your night: must I write?”

I don’t want life-or-death choices, I want my hot bath and my lavender chamomile tea. I don’t want to reveal my stories if it means rejection, judgment, scoffing, or the worst: being ignored.

Those who move the world are these brave ones underneath it all, acting because they must, carving pathways, creating change, for better or for worse.

Time to rethink what I want, and to want risk.

What this reminds me is that it’s time to take the lead of my own creative journey. There’s only one choice of leader. And if she’s going to be a good one, it’s entirely up to me.


Any adventure with plenty of sky in it, is a worth

“Now and then it's good to pause in our pursuit

Of all the journeys I take, I’m finally learning

“There, happy soul, should be your continual abo

The invisible geography that invites.