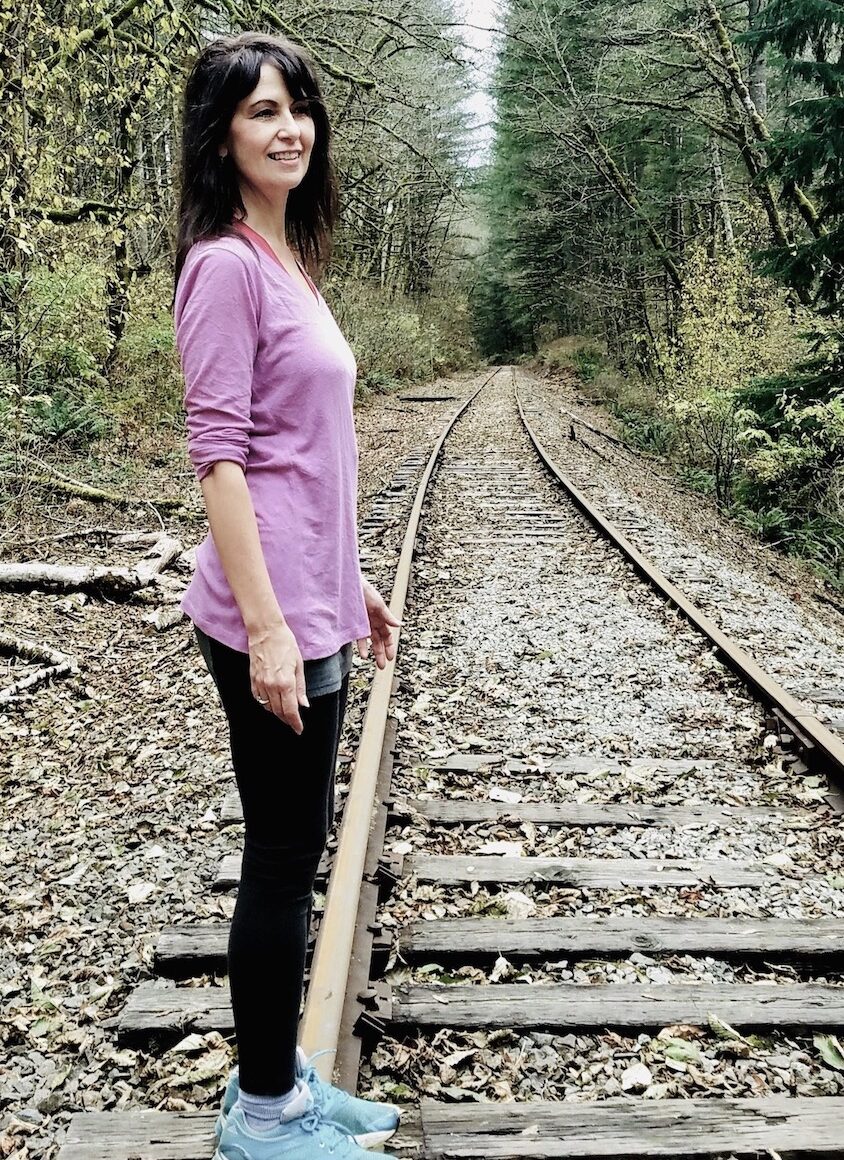 “She was pretty shattered, poor thing . . . . She’d run her life according to the prophecies, and now, there were no more prophecies. She must be feeling like a train which had reached the end of the line but still had to keep going somehow. From now on, she’d be able to go through life with everything coming as a surprise, just like everyone else.”

—from Good Omens, by Terry Pratchett and Neil Gaiman

I came across a photo and was bemused by myself standing on train tracks. I was definitely feeling like I was at the end of the line, but as it turned out, I was at a crossroads, where life would never be the same. Sure, I was smiling, but my inner world was chaotic. All the rules by which I’d lived no longer were working; what was safe no longer felt safe. What was tried and true brought up a million insecurities. And yet the train of life carried me onward, almost against my will.

I love this quote from the hilarious book, Good Omens, because it could have been about me. I’d had scripts for how things should go—prophecies, if you will. But now I didn’t know anything. Would I stay married? Would I reconnect to my kids now that they’d flown the nest? Would I feel okay about myself again? Could I find a sense of home? The emotions were frightening, but even so, I tentatively trusted what my heart was saying and moved forward with the motion, the locomotion of Life.

Five years later, I live in a different community, am partnered with a different person, and am still learning the joy and wonder of crossroads. If we allow surprises, changes, and shifts, and shore ourselves up emotionally, we can handle a midlife shift as well as a pandemic, divorce, or financial crisis. We find support when the train stalls, switches, or crashes.

A daily writing and meditating practice can make all the difference between feeling overwhelmed and experiencing peace amid uncertainty.

I invite you to sit down for five, ten, or fifteen minutes this morning and breathe. Next, write whatever it is you feel. Be brutally honest. (Sometimes you may do these steps in reverse order.) Experience what a boon it is to breathe. Notice the support that wells up as you allow the great changes in your world.

If we never reached a crossroads, we could never travel beyond the familiar tracks that offer no growth and little joy. If you’re at one of these places, listen for that whistle blast, and hold on. 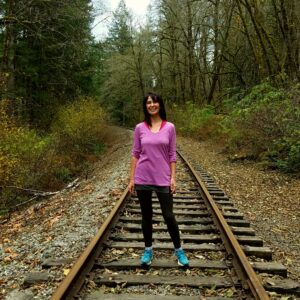